Nike Shox BB4 Is Returning In The OG “Olympic” Colorway

Nike Shox BB4 Is Returning In The OG “Olympic” Colorway 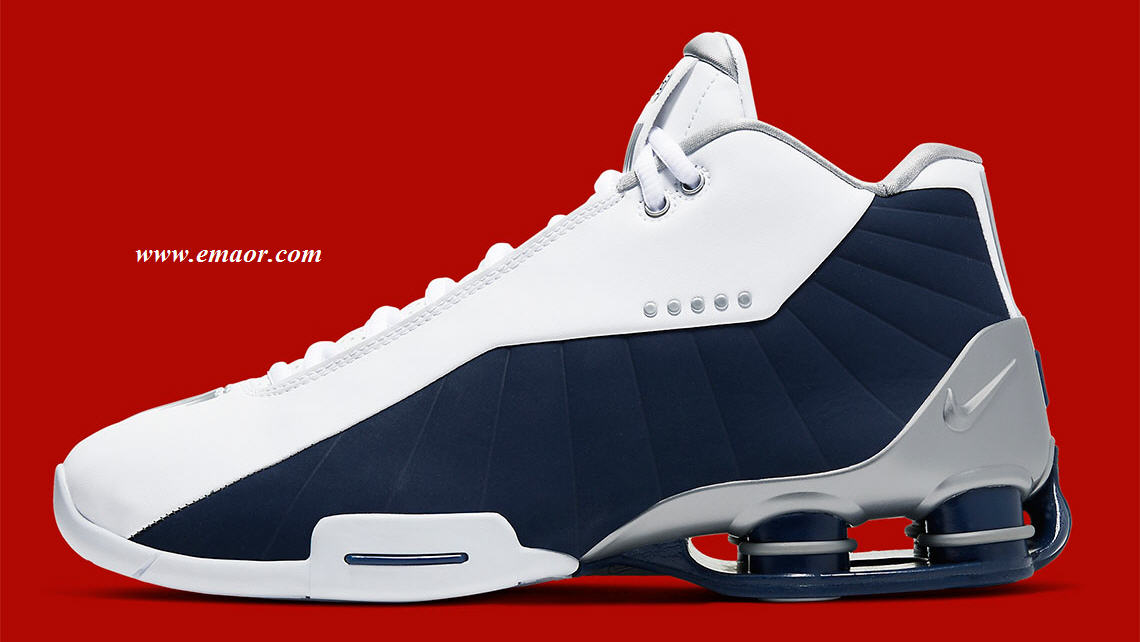 Nike Shox have come roaring back onto the market in a major way over the course of 2019, and now the most notable makeup of the classic Shox BB4 is set to make a triumphant return, as the “Olympic” colorway made famous by Vince Carter will release this fall. Tied tightly on the high-flying guard’s feet during the 2000 Olympic Games in Sidney, Australia when he leapfrogged 7’2 French center Frederic Weis for what’s widely regarded as the greatest in-game dunk of all time, these Shox are a true part of Nike Basketball history, and this re-issue nails all the details. The upper is split evenly between a smooth white leather and a ridged navy nubuck, while pops of silver are dispersed between the tongue, toebox, and midfoot. The heel features a metallic silver counter with an embossed Nike Swoosh, and directly below are four signature navy polyurethane pistons, encased in Pebax support plates. Although they certainly won’t make you fly like VC, they’re a loving homage to a memorable moment in hoops history, and they can be yours when they release on Emaor.com later this year for $160 USD. Enjoy a full set of official images below in the meantime, and stay tuned to our Sneaker Release Dates page for further info as it’s made available.