Since Kanye West and adidas released the first pair of shoes YEEZY 750 Boost in February 2015, it has been more than two years, and many things have changed a lot during this time. 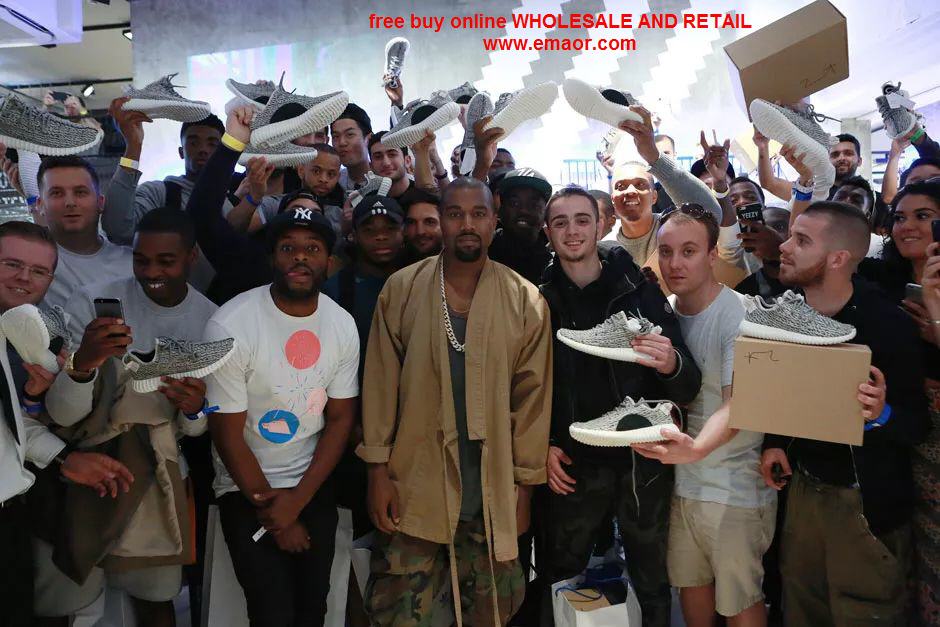 In the design language, from the original “great color future refugee style” with a strong ethnic color, it has become a retro sports youth full of American culture and sentiment; the Yeezy Fashion Show, which was expected to be much larger than the previous one, No one knows when and when there will be a fashion show. And those sneakers are transformed from the original luxury-oriented + innovative sports technology into a Low-Tech Powerphase that everyone can afford (at least the original concept is so), and even put into the "ugly shoes" In the midst of the tide.

Of course, Kanye West is still the "Yeezus" that is a bit of a gold, and the smashing "Yeezus". Even though the fashion is constantly changing and the style is constantly refreshing, the YEEZY project has been moving forward and changing, and it is still the same. The fact that shoes are always sold out at the speed of light. Now the reselling of the market has become a well-known secret. In this year, you want to buy a pair of so-called "powerful limited sneakers". There are only a few methods: queue up all night outside the shop, and try your luck on the Internet. But more is that the two methods mentioned above can be used simultaneously or crosswise. There is another way to add some money and buy the sneakers you care about in the hands of the sellers who sell the market. 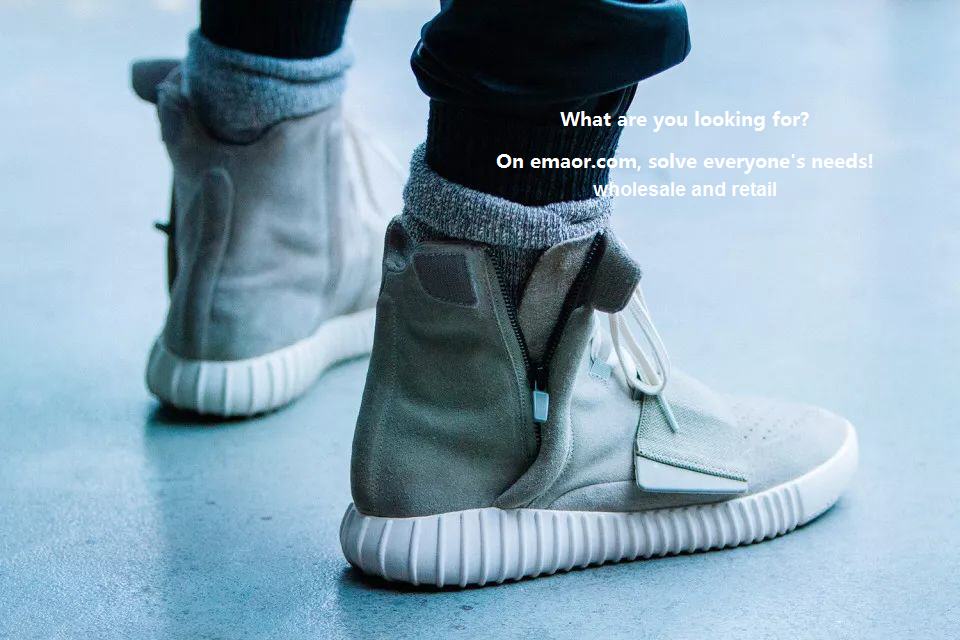 According to the stock market analysis unit StockX, there are more than $6 billion in annual consumption in the global resale and used shoe market. This is just a figure of simple shoe trading. This still expanding market has caused problems for both brands and customers. From the customer side, people who are ill and really want to buy shoes are almost incompetent in addition to the fare increase purchase. This is an intractable issue, because the root of all "speculation" is nothing more than a limited, "limited" and "limited" "Uniqueness", the charm of the product is bound to be worse than before, this is the most fundamental lifeline and game mode of the street trend.

Many brands are constantly trying to change this problem, and began to try to improve the way shoes are sold in various experimental ways, making it more convenient, more popular contact channels, etc., APP, physical and virtual stores and even new models. The Pop-up Shop's attempts and linkages are examples of this. Why does speculation have a high degree of interest and form such a large market value? Here is no time to prevent a simple economics, look at the supply and demand curve of limited products together...

Point A is the quantity and pricing of normal products, which balances supply and demand, while point B is the quantity of limited products issued (in the case of YEEZY, 40,000 pairs per product), extremely low quantity and extremely high demand, resulting in price Raised to point C, and the huge price difference between the original price B and the price of C after the soaring is the value and benefit of the speculative market.

For the time being, let's talk back to the other side. I am afraid that they will not be seen by customers. We talked about the $6 billion deal, regardless of the YEEZY that Kanye West worked with adidas or the one created by Virgil Abloh and Nike. The Ten" As an example, the amount of these "selling markets" will not flow into them, but will benefit the Reseller and the traffickers in the middle camp. 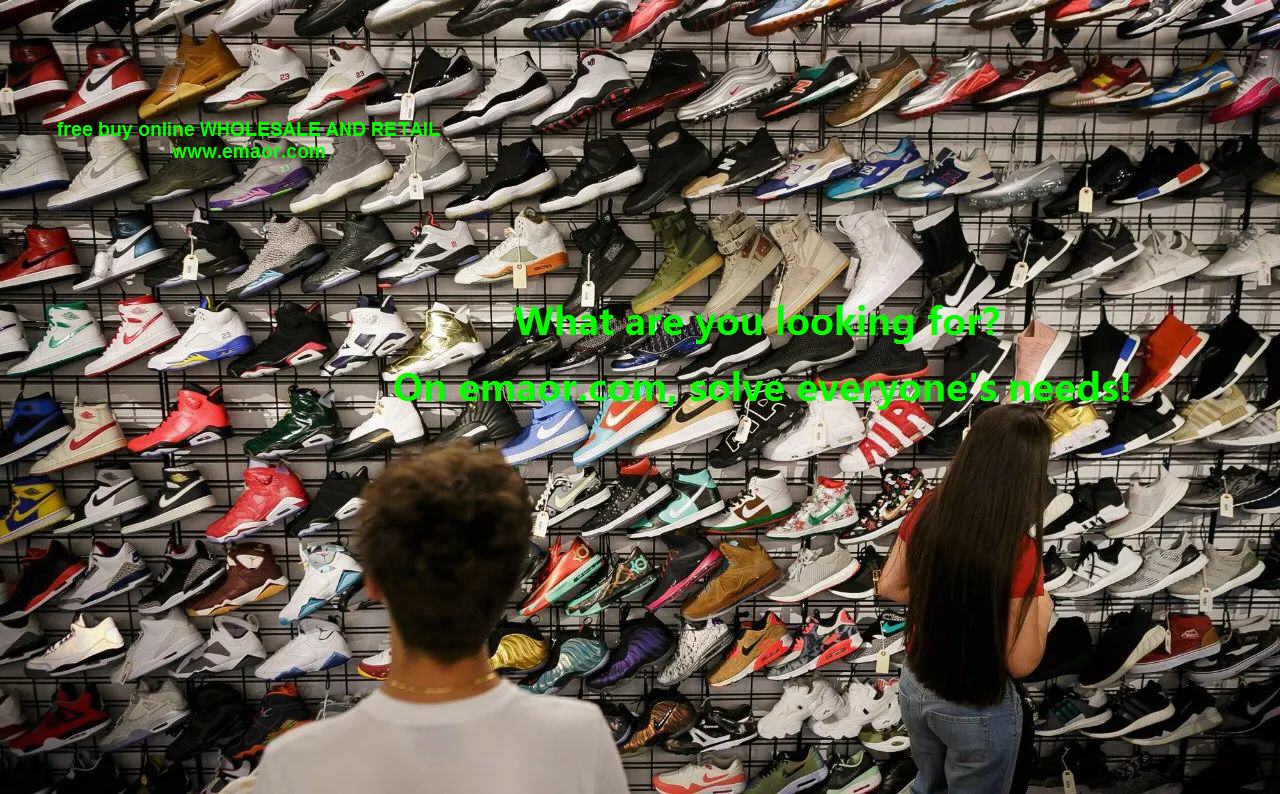 At the beginning of the release of YEEZY shoes in 2015, Kanye West mentioned in an interview, “I don't want to set the price at $350. I don't want to join the so-called sneaker culture game. People are constantly reselling these shoes at high prices.” But after two years, each pair of YEEZY shoes is extremely difficult to get started, and it is very easy to resell. The first few pairs of Yeezy Boost still maintain an exaggerated number of times at the initial offer price in the second-hand market.

Of course, there is demand for supply. This is not an illegal business. The Resellers are definitely not the only ones to blame, but the brand will: "Since it is the product we create and the 'demand', how can we The idea of achieving greater benefits and a piece of cake is natural.

When it comes to profitability, adjusting retail prices seems to be the most straightforward approach. Powerphase's $120 pricing can see the brand's strategic change in product versatility, and the recent Wave Runner 700's $300 pricing is also higher than average. The retail price of adidas shoes, even so priced in mainstream sports brands such as Nike, Under Armour, etc., is very rare - although that may enhance the brand's profitability and sell more shoes, but with The second-hand market is still not directly related, so the price will not alleviate the mentality of the children who want to buy shoes.

Another experimental method is more interesting. If you keep an eye on the new Yeeye news, you can't miss Season 6's well-recognized Yeezy Desert Rat 500 running shoes, and if you really can't do it, pre-sale in the last week. On the day of the start, Yeezy Supply, the official website of the brand, wanted to see if I could buy this pair of shoes. You will find a terrible reality.

If you want to buy this pair of shoes that cost $200 directly, the answer is impossible—because you need to pre-order these shoes, you “must” buy them together with a hooded sweater and shorts from Season 6 A bundled bag, the hooded sweater is priced at $320, and the shorts are priced at $240, which means you can only get $760 (about 5,000 yuan) at a time to get the shoes.

Some aspects of this approach limit people's "interest" in the shoes - in the glorious history of YEEZY shoes, it is a customary scene to sell a pair of shoes in the blink of an eye, and this bundle is until the scheduled start. After the day, the "Sold Out" notice appeared. 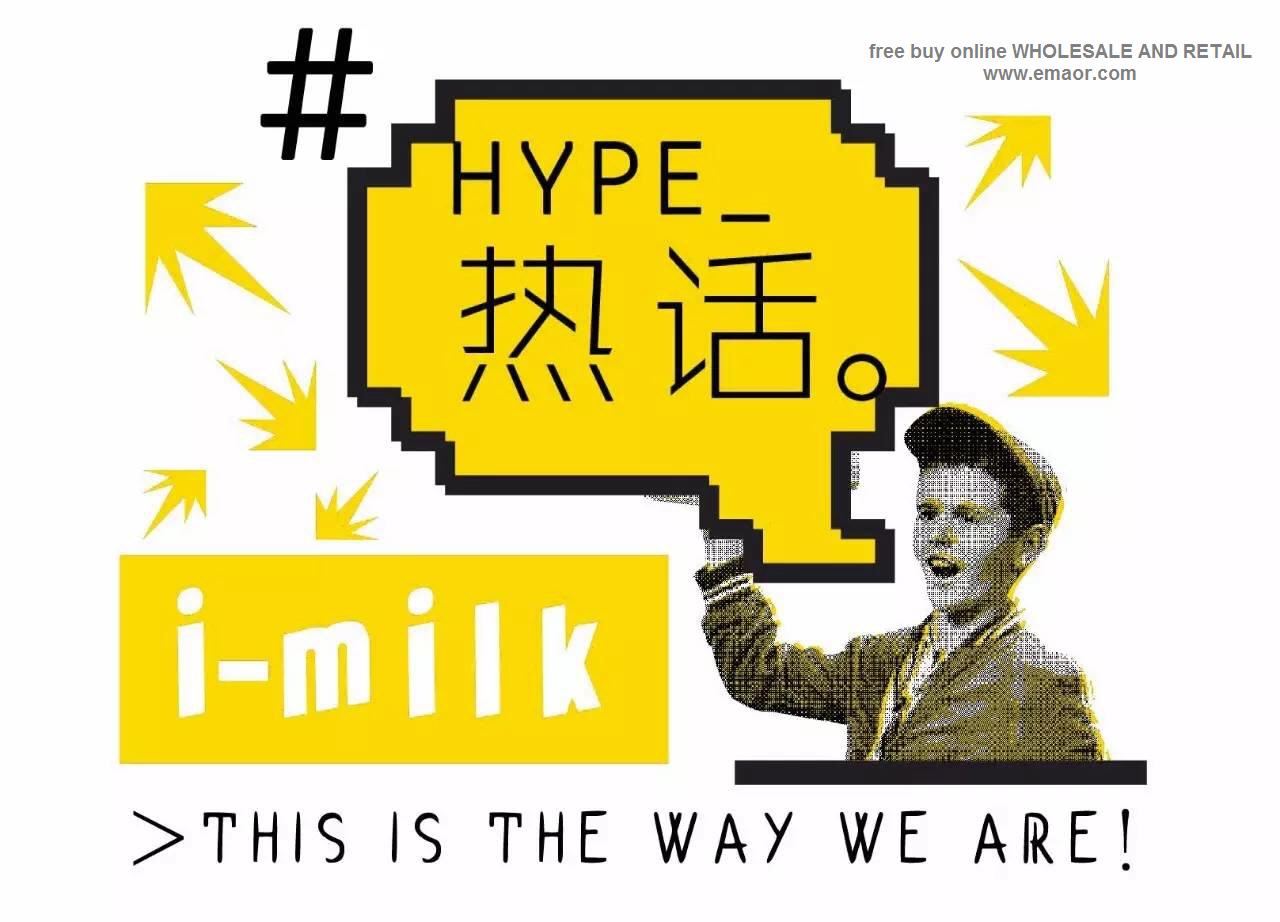 Why is it so interesting to sell this way? We saw that after the pre-sale, the sneakers were two or three times the price of Grailed and eBay, which is the price of 1,500-2,000 dollars, and rarely see the case. For the traffickers, such a bundled packaging model is an uncertain factor. In addition to the confusion of resale pricing, it is also a problem for resellers to be willing to pay for the two “clothings” bundled together.

For the brand, if the product adds value, that is a good thing, if such a method leads to the collapse of the resale price - the final reseller compromises to sell the shoes at the initial cost of 760 dollars in a flat cost, how much control is achieved The purpose of the second-hand market price - anyway, people are willing to buy a pair of YEEZY shoes at the price of 2-3 times in the second-hand market. Now I sell two more clothes directly. Why not?

Whether Kanye or adidas conceived this method, it seems to be a win-win situation. The most direct thing is that people know that compared to the YEEZY new shoes, the YEEZY clothing series is less popular and can't meet the brand expectations, and can be seen from the quarterly discount scene. What the brand is doing is creating people's demand for clothing, and really starting to use clothing to drive the clothing – even though it is “semi-obsessive”. 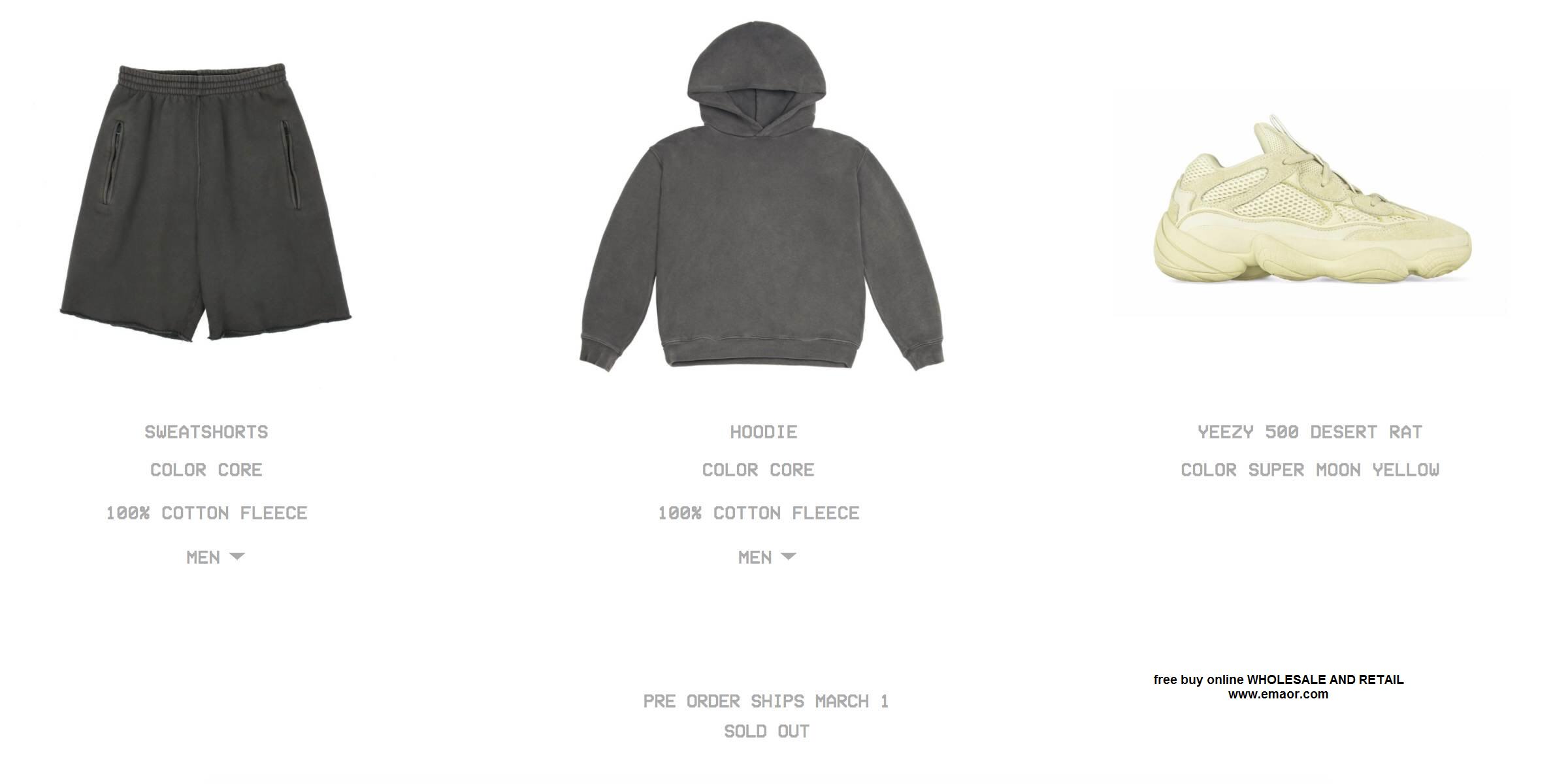 Regardless of whether this is a small experiment or a long-term strategy notice for a single attempt, such a sale method is worthy of continued observation. The slowdown of the official sale rate and the slow sales on the resale platform may also indicate some hidden dangers, but the problem is not only the problem. Out of the bundled model and the price of 760 US dollars, because you need to buy a 240 piece of cotton shorts in the winter season of minus five degrees, it is really difficult to start ... not to mention will be sent in March next year - in turn Say, in this way, "people who really want to buy shoes" may have a better chance to start at the original price?