You are here: Home » News » PRODUCTS NEWS » What is the price of the iPhone XS/XS Max

What is the price of the iPhone XS/XS Max

On September 13th, Beijing time, Apple’s new product launch conference in the fall of 2018 was officially held at the Steve Jobs Theatre in Apple headquarters. Three new machines including iPhone XS, iPhone Xs Max and iPhone XR were released. The first step of the iPhone "Second Year." Compared with the iPhone XR, which is the benchmark iPhone8 series, the iPhone XS series is undoubtedly the most orthodox heir to the iPhone X. It has many characteristics of the previous generation and is the protagonist of the “Technology Spring Festival Evening”. 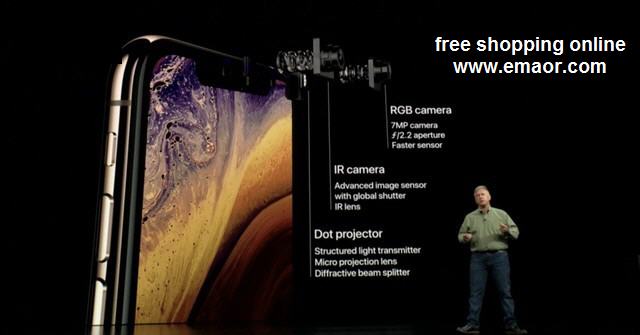 As the first "S" in the Cook era and the first show of the new decade of the iPhone, these two new iPhones are not only the new force to achieve "a small goal after one trillion," but also the iPhone completely embraces the era of full screen. Discard the logo of contact biometrics. It is a big thing to carry forward the tonality of the previous generation of iPhones. It is a big event to embrace the "future mobile phone form" that Steve Jobs is obsessed with. 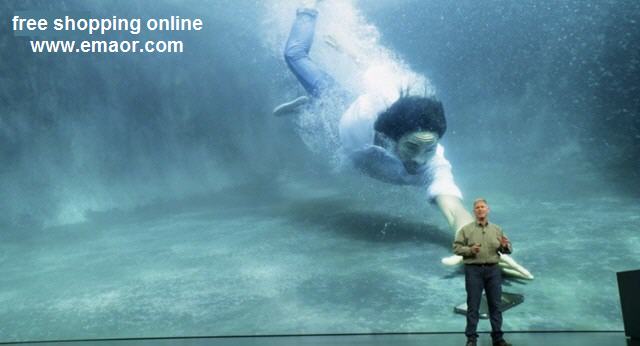 Apple A12 Bionic: "The town house weight" target is clear

Recalling the iPhone X that was launched last year, the past year has both the glory of sitting on the throne and the sense of crisis in the back of the thorn. As one of the few COP-packaged full-screen models on the market, the challenge from the concept of appearance is still a hit that can be won. After all, the inherent advantages of ecological interaction and closed-source systems are that the Android camp will learn for a while. Come, you can make up the shortcomings of the concept of appearance. For iPhone X, the biggest threat comes from the core competitiveness level.

For an Android machine that is easy to fall into the "sea tactics" and "homogeneous" without saying a word, the most effective way to find differential competitiveness is to find a new segmentation direction. In the past year, "photographing mobile phone "And the game mobile phone" has become the mainstream of the intelligent machine function segmentation, and has become a common practice. 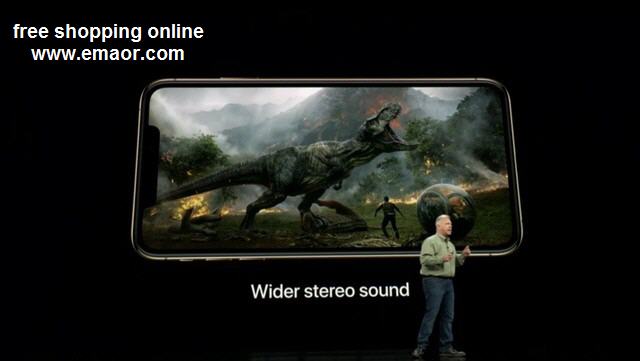 In addition to hardware hard enough to build a camera phone (said is a three-camera model of Huawei), we must work hard on AI. In addition to the performance of the game phone, the GPU performance must be good, the cooling measures should also be in place, it is best to have such an increment of GPU Turbo, the screen display effect is also good enough. In both respects, the iPhone X is not superior to the Android camp, and it is easy to be "hanged" in many scenarios. The Apple A11 Bionic processor is responsible.

Therefore, the Apple A12 Bionic processor used in the iPhone XS series, in addition to the routine performance upgrades and the preemption of the 7nm process, must be targeted and help to spread the long-arranged AR front. The goal of this processor is clear, to compete with Qualcomm, Huawei and Samsung's flagship SoC.

Let's take a look at the Apple A12 Bionic processor (hereafter referred to as "Apple A12"). Is it the first 7nm process processor to be discussed? After all, the Kirin 980 processor has been released and has been used in the flagship model of glory, but It is enough to seize the opportunity of the 7nm process. Compared to the previous 10nm process, the 7nm process is more dominant in terms of density, speed and power consumption, and can stand at the pyramid tip of the SoC under the current FINFET process. 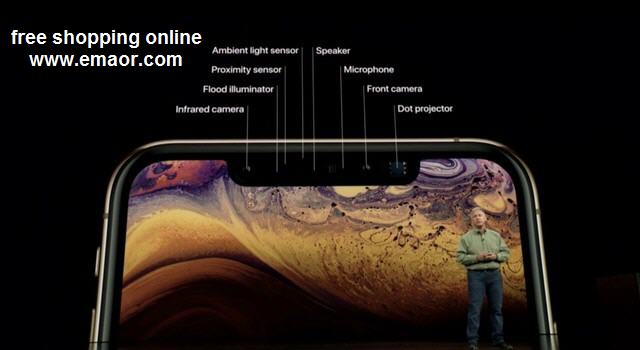 The Apple A12 has 6.9 billion transistors, including a 6-core CPU, a 4-core GPU, and a Neural Engine for AI performance. On the CPU side, Apple A12 uses Apple's self-developed Fusion structure, which is divided into 2 large cores and 4 small cores. Among them, the performance of large cores is increased by 15% according to the previous generation, which can save 40% of power consumption; % power consumption. Compared with the previous generation, the Apple A12's self-developed GPU performance has increased by 50%, supporting multi-layer rendering and lossless compression, and the improvement is far more obvious than the CPU.

Compared with the improvement of CPU and GPU, the biggest feature of Apple A12 is that it is equipped with a Neural Engine dedicated to artificial intelligence. It has 8 cores, with machine learning, multi-precision support and intelligent computing system, compared with the previous generation of Apple. A11 6.9 billion calculations / sec of computing power, Apple A12's Neural Engine can perform 5 trillion calculations per second, with ISP, depth engine, security partition, video processor, video encoder, storage controller and other important components The wisdom is higher, and the target opponent can be said to be very obvious. 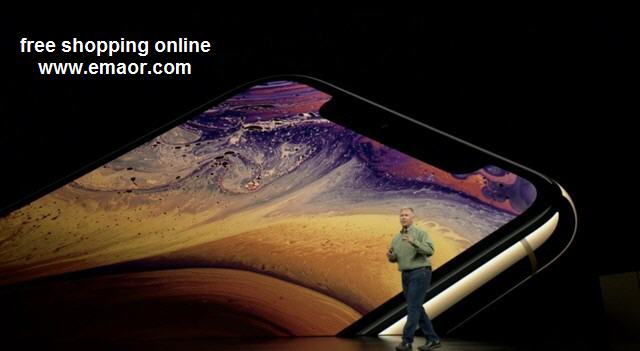 Machine Learning is one of the most important features of the Neural Engine. The learning power of the Apple A12 CoreML development library is 9 times that of the previous generation, but its power consumption is only 1/10 of the previous generation. Its intelligence is not only reflected in the flexibility and variety of Siri functions, but also in shooting, AR, games (action tracking and graphics rendering, etc.) and Face ID.

In terms of AR, both ARkit 2 and AR Quick Look functions are based on a large number of deep learning foundations. The former has item tracking and surface enhancement, which supports multiple people at the same time. The latter can be widely used in life and industry. field. In terms of games, the action brought by machine learning is traced to the ability of graphics rendering. The game of "The Elder Scrolls" can change the light with the movement of objects, and the rendering effect is very moving. 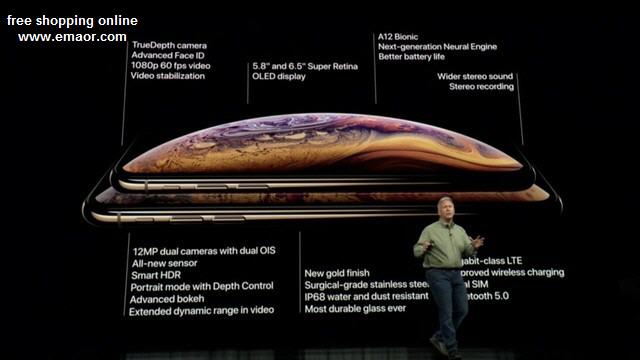 Face ID is another important feature of the iPhone XS series. Despite the inheritance from the iPhone X, the new Face ID has undergone a learning process of 2 billion pictures. Under the support of the Neural Engine and the security zone, it can resist the deception of the mask, which is suitable for unlocking and payment. This allows the iPhone to abandon the contact biometrics and unlock it to become a reality.

To sum up, Apple's A12 Bionic's biggest boost is actually on the independently designed GPU and Neural Engine. The former gives the iPhone XS series even more outstanding graphics processing capabilities, so that the iPhone XS series can have excellent game performance even in the case of a heat-dissipating laminated motherboard, while the latter means hardware-level AI computing power bonus. The main machine learning ability, bringing the overall degree of intelligentization of the whole machine. Coupled with the 7nm process technology that is the first to "rush the limit", this processor is basically a "performance monster" and is more stable in terms of competition for friends. It can be said that the three new iPhones are "town house". Bao".

Shooting: brutal rebirth after being slammed

The iPhone's shooting ability has always been the benchmark for mobile phone shooting, but by the time of the iPhone X, with the AI camera this monster captured the major line of the Android camp, the hardware performance is not outstanding, and the lack of AI shooting ability blessing iPhone X It can be said that "it is rubbed on the ground." iPhone X suffered a loss in the era of "full screen + double camera", so to this generation, the iPhone XS series can be said to be full of blood in terms of AI shooting ability.

Look at the rear camera first. In terms of hardware, the iPhone XS series is equipped with a 12-megapixel wide-angle lens and a 12-megapixel telephoto lens. The maximum aperture is f/1.8 and f/2.4, respectively. Both support OIS optical image stabilization and can shoot 4K video. It can better restore the color characteristics of the subject, and the overall configuration is similar to the previous Sony IMX363.

In terms of software, the iPhone XS series supports HDR technology only, which can optimize the highlight and shadow details through CMOS, ISP and AI algorithms, improve the performance under dynamic range backlight shooting conditions, and its out-of-focus imaging and depth of field control capabilities can bring Excellent blurring effect and adjustable depth of field after shooting. A larger single pixel guarantees the sensibility of a single pixel, which in turn enhances its performance in dim conditions. 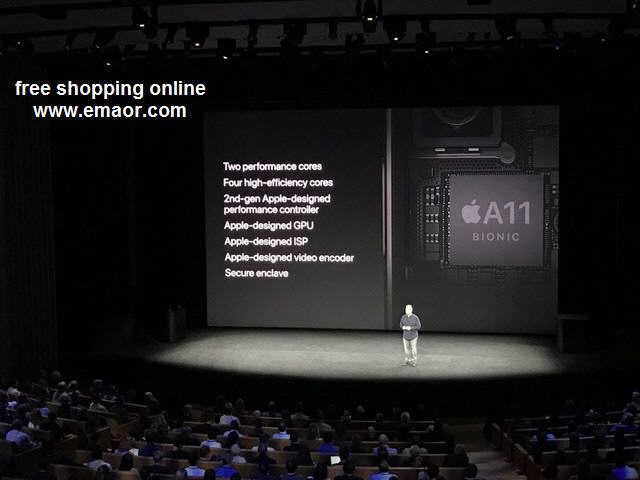 In terms of portrait selfies, the iPhone XS series is equipped with a 7-megapixel original deep-sensing camera with a maximum aperture of f/2.2, which can shoot 1080P/60fps video and support video anti-shake. The portrait mode divides the original film by facial feature recognition, portrait mode light effect fill light, depth discrimination subject and background, and finally synthesizes the photo output. This technology requires hardware-level AI computing and learning capabilities to be supported before it can be put into practice.

It can be seen that this iPhone XS series is "difficult to think" in taking pictures, using its own hardware-level AI advantages to improve the shooting level, but in terms of shooting hardware, the previous generation has not improved much, and it is still somewhat conservative. As for the iPhone XS series can not stand the challenge of the Android camp, please also pay attention to the subsequent launch of the "flying partner" content.

To put it more here, whether it is the above Apple A12 Bionic, or the improvement of the level of photography, is a perfection of Apple's comprehensive competitiveness. A huge positioning difference between the iPhone and the Android flagship model is that the Android flagship can bloom in the segmentation field, and the iPhone must be used as a "barrel machine" to compete with the core competitiveness of the opponent. This point determines that the iPhone XS series is very likely to be a perfect work, and also proves the existence value of the iPhone - spending more money to buy "the professional blue army of the mobile phone industry" is logically not wrong.