Two big problems to be solved 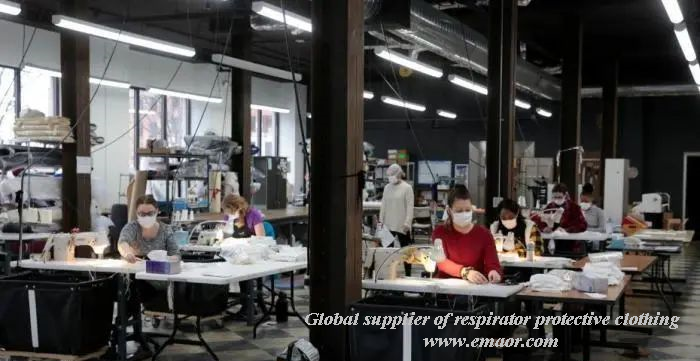 It should be noted that even if the European and American countries are now vigorously promoting the benefits of wearing masks, at least two major problems of stereotypes and mask shortages must be solved if people want to wear masks.

Problem 1: "Wearing a mask is equal to being sick"

British media pointed out that resisting wearing masks is that the public is not vigilant about large infectious diseases. The last time a European and American country experienced such a serious public health event dates back to the influenza pandemic of 1918; the second is the concept of "wearing a mask is equal to being sick" in European and American cultures.

Unlike people in East Asia who are used to wearing masks during the pollen season and polluted weather, in the traditional concept of the European and American people, healthy people will not go out to wear masks, so there are frequent fears, discrimination, and even harassment of mask wearers. phenomenon.

Therefore, how to make the public aware of the importance and benefits of wearing a mask in the short term is particularly important.

Problem 2: Out of stock worldwide

As the epidemic worsens, many people may want to wear masks, but masks are out of stock worldwide.

In response, US President Trump stated that he hopes that Americans can "wear a scarf" instead of masks, so as to leave the masks to the frontline medical staff. Forsy also acknowledged that one of the major obstacles to the promotion of wearing masks in the United States at the moment is, "It must be ensured that the masks are not taken away from the medical staff ..."

However, the New York Times quoted estimates from the US Department of Health and Human Services that the United States alone would consume 3.5 billion masks in the fight against the new coronavirus. The ability of countries to raise medical supplies such as masks in the short term will be greatly tested.

The British "Financial Times" believes that in the future, more and more countries and regions will join the ranks of wearing masks.

The inflection point of the global epidemic has not yet been seen, and the critical shortage of medical resources in some countries, the change in the concept of masks highlights the need for reality. As a BBC reporter said, maybe you are relatively young and healthy, even if you are infected with the new coronavirus, you may not have any symptoms. But wearing masks can not only protect yourself, but also protect the passing old people, supermarket cashiers, bus drivers ... Mobilizing people to wear masks in public places and other measures will help countries to stop the spread of the epidemic as soon as possible.